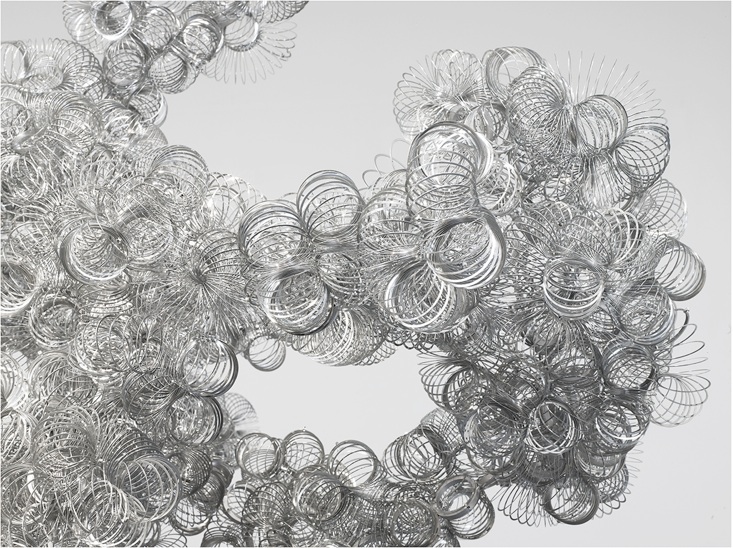 With Wimbledon well underway, there is a plethora of art and culture to seek out in London this summer when the tennis all gets too much. Raw Footage showcases a collection of passionate and powerful fashion photography at the Opera Gallery, whilst in the U.S., there is also a wealth of art to discover alongside Independence Day celebrations with Christian Marclay’s real-time installation at LACMA and Tara Donovan’s rhythmical and sinuous exploration of mundane objects at Parrish Art Museum in the Hamptons.

1. 5 Under 30 Young Photographers’ Competition, Daniel Blau, Hoxton Square, London
The Daniel Blau 5 Under 30 Young Photographers’ Competition, which runs until 31 July showcases work by Melissa Arras, Alan Knox, Julia Parks and Michael Radford. 5 Under 30 presents work from a variety of sources; from Arras’ work highlighting the conditions faced by migrants worldwide during the challenges of relocation, through to Parks’ artistic representation of botanicals through film photography. This exhibition provides an exciting opportunity to see some of the fresh British photography talent.

2. Tara Donovan, Platform, Parrish Art Museum, New York State
Opening on Independence Day, Platform presents a display of compelling and unusual pieces. Tara Donovan has an affinity for materials that other artists might not give a second glance. In her work, she transforms the stuff of everyday life, such as drinking straws and disposable cups, into formations akin to vast representations of geological and cellular structures. Open until 12 October, there is plenty of time to catch this exhibition while enjoying summer in the Hamptons.

3. Christian Marclay, The Clock, Art Of The Americas Building, LACMA, Los Angeles
Native Californian, Christian Marclay presents his project The Clock (2010) at LACMA. Conceived in 2005, and developed in 2010 with the White Cube Gallery London, the 24 hour video installation loops as a clock, using real-time references to the time of day. Opening to the public on 5 July, the video installation will be available to view in regular opening hours; except for 25 July and 8 August when the full 24 hour screenings will be available to the public.

4. Raw Footage, Opera Gallery, London
Celebrating Opera Gallery’s 10th anniversary, Raw Footage features a collection of scintillating fashion, celebrity and fine art photographs inspired by the allure and exquisiteness at the heart of fashion’s ethos. With work from David LaChapelle, Mario Testino and Gavin Bond, all of which have a cheeky and bold aesthetic, Raw Footage presents one of the greatest collections of popular culture photography in London this summer. The exhibition runs until the 31 July.

5. Alexander McQueen, Savage Beauty, Victoria and Albert Museum, London
“When I’m dead and gone, people will know that the 21st century was started by Alexander McQueen” . This statement from the late British designer encapsulates the sense of purpose behind Savage Beauty, which runs until 2 August. The first and largest retrospective of McQueen’s work in Europe, it features works spanning his entire career; from his 1992 MA collection through to his unfinished 2010 collection. With pieces from major private collections such as the Isabella Blow Foundation, and the Givenchy Archive, Savage Beauty alludes to the raw energy that McQueen had for fashion.